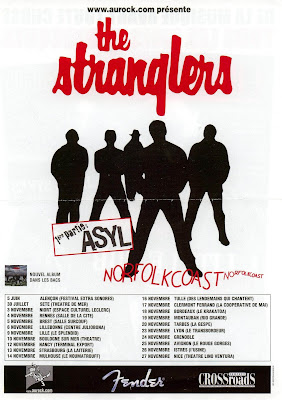 Here's a nice sounding Mark III recording from this day 8 years ago from the European leg of the Norfolk Coast tour. At this point, the band were taking the first steps back to critical acclaim as the aforementioned album had something of the energy and spirit of old (characteristics sadly lacking in the previous two albums). Unsurprisingly, this set showcases much of the material to be found on 'Norfolk Coast'.

OK, so this is another anniversary gig, but that's not really the point of it. Actually, posting this gig is little more than a thinly veiled excuse to post this photograph which shows just how obsession can impact upon family life. I give you Paul Cooklin and family on assignment in Norfolk! So very sad!! 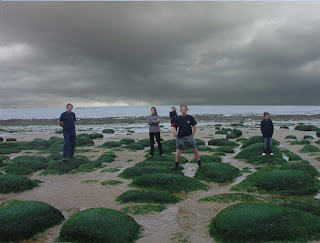 Email ThisBlogThis!Share to TwitterShare to FacebookShare to Pinterest
Labels: 2004, The Stranglers