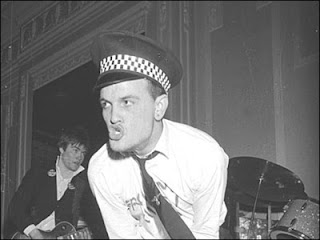 Mensi of the Angelic Upstarts
What's to be said about the Upstarts. Hailing from South Shields and lead by ex-miner Thomas Mensforth (a.k.a Mensi) the Upstarts have for the past 30 plus years been uncompromising in their socialist/anti-fascist stance. In doing so they have written some of the songs that represent the best of political punk, including 'Guns For The Afghan Rebels', 'Solidarity' and 'Woman in Disguise'.
Always great to see live, I hope that Mensi, as planned, pulls the band back together in 2013 for some more dates.
In the meantime, here's a BBC Radio 1 broadcast of the band recorded on 22nd September for the 'In Concert' series.
FLAC: https://we.tl/t-mHm8DKjnTZ
01. Police Oppression
02. Never Again
03. We Are The People
04. I'm An Upstart
05. Student Power
06. Teenage Warning
07. The Murder Of Liddle Towers