The Stranglers on The Tube 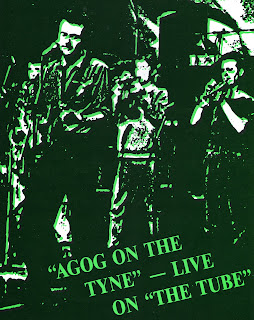 As I recall, a couple of years ago,  I posted on the Burning Up Time Forums about the almost complete decline in music TV programing. Quality,intellegent music shows in the 1980's sucumbed to the blight of cable music channels. With the exception of Later.... (which itself tends to be rather conservative) and the commendable increase in festival broadcasting (albeit not where the Stranglers are concerned!) music programing on the TV has ceased to exist.

In the 1980's there were such shows aplenty and many were required viewing.

The Old Grey Whistle Test/Whistle Test
Something Else
Riverside
Sight and Sound in Concert
even..... Cheggars Plays Pop!

The opportunities for bands to appear on TV to play live (best of all) or to lip-sync to promote a new release were plentiful. At the time, regional TV stations had their own music/arts programs (e.g. RPM in the South West).

One of the most essential views of the week was undoubtedly The Tube presented in the main by the late Paula Yates and Jools Holland (who give him his dues has been at the forefront of British music TV for very nearly 30 years). As I recall, the first show opened with something of a scoop, the last live TV performance by The Jam (Paul Weller had recently unilaterally disbanded the group and the height of their success).

Nearly every band of note appeared on the programme over its 5 year span. To like-minded people, live performances by the likes of PiL, The Damned and Killing Joke stood out from some of the dross (this was the mid-80s remember!).

The Stranglers appeared on the show twice, first in 1983 just prior to the start of the Feline tour.


'Who Wants The World'
The Tube Newcastle-Upon-Tyne
21st January 1983
Here's a good quality audio version of the 3 tracks played:
http://www.megaupload.com/?d=AFBVJ1XF
1. Midnight Summer Dream
2. European Female
3. Who Wants The World?
﻿The second appearance was on 7th December 1984 (a week after the release of 'No Mercy').
The set this time was exclusively of new material from the 'Aural Sculpture' album released the previous month:
1. Let Me Down Easy
2. No Mercy
3. Uptown
Unfortunately, the audio and video versions of this set are of very poor quality. Can any one help?
Posted by Musky03 at 12:27

Email ThisBlogThis!Share to TwitterShare to FacebookShare to Pinterest
Labels: 1983, 1984, The Stranglers, The Tube