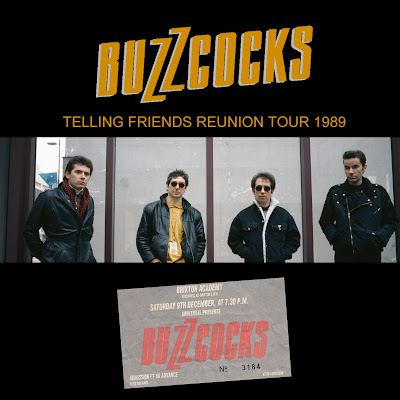 Like the 'Go For It Again' reunion of the last line up of Stiff Little Fingers in December 1987, the announcement that the classic line-up of Buzzcocks (Shelley, Diggle, Garvey and Maher) would be 'Telling Friends' on tour in the UK in December 1989 was like a gift out of the blue for a 20 year old punk desperately trying to catch up as best he could. In truth, perhaps the announcement was not so much out of the blue. As I seem to recall, some months prior, Steve Diggle's band 'Flag Of Convenience' (FOC) mysteriously appended 'Buzzcocks' to their gig ads in the music press, becoming 'Buzzcocks FOC'. At this point the rumour grapevine started to vibrate.

I was at this particular gig and it certainly did not disappoint, the bands talent shone though despite the passage of eight years apart. The same can be said of the line-up's performance at 2012's 'Front To Back' gigs where punk's Fab Four stole the show, despite an even greater gap of 20 plus years! 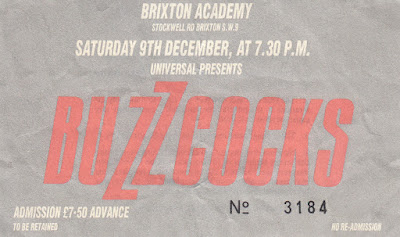 Email ThisBlogThis!Share to TwitterShare to FacebookShare to Pinterest
Labels: 1989, Buzzcocks