Ever Fallen In Love - The Lost Buzzcocks Tapes 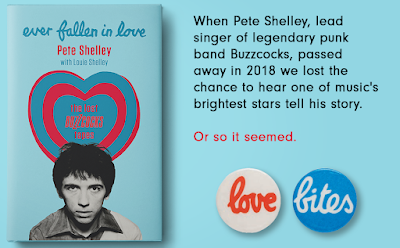 I have just finished reading this gem of a book. Compiled from taped interviews conducted with Pete Shelley by his friend Louise Shelley (no relation) about ten years ago, this book forms a delightful and very comprehensive account of Buzzcocks in their first incarnation... straight from the memory banks of the man in the centre of that particular punk storm.

It is the clarity of Pete's recollection of nearly every aspect of band life from touring to recording back to touring that is extraordinary. Dates, events, people, it's all there in place. I have no idea if whether he was one for keeping diaries and such, but  the detail of his recall will undoubtedly offer much, even to the band's most ardent fans. Ask a Strangler about events that occurred 40 plus years ago and the chances are the memories will be vague in many instances and it is not as if it was the drugs that make the difference. Buzzcocks too gained a reputation for excessive chemical abuse at the point where they were living the life of rock 'n' roll excess to the fullest extent.

Each track that the band recorded is discussed within these pages. These discussions about song construction and the technical tricks that the band employed to such great effect in the pre-digital age has given me an even greater respect for those songs that already mean the world to me and have been a staple in my life for 35 years or so.

I have heard them referred to as Manchester's Fab Four and it is easy to understand why. Their brand of pop is every bit as vital as that produced by that other Fab Four over Liverpool way. The quality of the writing and musicianship is wholly comparable, but as Pete Shelley explains, punk gave them the freedom to turn the familiar themes of The Beatles material on its head. For example, whereas The Beatles rejoiced in the confident certainty that yes, 'She Loves You', Pete and the boys lamented youthful insecurity and the paranoia of rejection with 'You Say You Don't Love Me'. The Beatles comparison can also be extended to the all important band/producer/engineer relationship. First there was John, Paul, Ringo and George and George, then along came Pete, John, Steve, Steve and Martin. Martin Rushent being in terms of studio innovation to Buzzcocks what George Martin was to The Beatles. 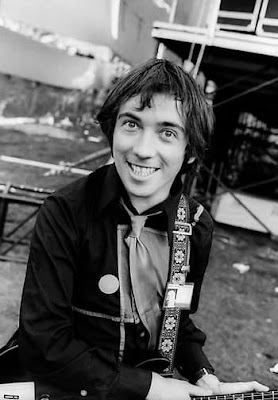 Everyone knows that Pete's brand of love song rarely has that 'happy ever after' vibe running through the lyrics! Reading through this track by track breakdown (no pun intended) you could become quite disillusioned and cynical towards the human condition yourself, but listen to those songs, so bright and sharp, from 'Breakdown' to 'Are Everything' and you must forgive the man completely!

As well as the band's peerless lyricism and musicality, it was the visual element of the band and the attention that they lavished on it that made them stand out amongst the punk throng as effectively as they did. If not so much a contributor to their success it did wonders for their appeal.

Apparently, when asked to comment upon Buzzcocks sartorial look, Joe Strummer declared 'Orphans!' And there is probably some harsh justification in that, but whilst they eschewed the 'Heavy Manners' stencilling favoured by Joe's boys, Buzzcocks' approach to their 'brand' style was far more coordinated and largely down to the artistic talents of Malcolm Garrett. Garrett was a graphic design student at Manchester Polytechnic between 1975 and 1978, a classic case of 'being in the right place at the right time'! In collaboration with Malcolm, the band were able to control the visual impact of Buzzcocks across the board. The creative freedoms afforded to the band by United Artists's Andrew Lauder and his team must be mentioned at this point and all credit to their belief in their artistes. Stage wear, record sleeves and music press ads were all paid meticulous attention and the overall canon of work in this respect is just stunning. From the Mondrian inspired shirts to the geometric typesetting of the singles sleeves.... it all worked and it screams 'Buzzcocks!!' (probably in a rather camp, Northern voice). It was punk, not in the narrow sense of the music alone, but from the perspective of a different way of thinking.... the way of thinking that has reverberated across four subsequent decades in the form of art, writing, film-making, fashion and yes, music.

Even when the band were cracking under the pressures of fame and the drudgery of life on the road with drink and drugs in constant supply, the quality of Buzzcocks product never waivered. The music changed for sure, bright, quick fire pop being replaced by darker, introspective material that reflected those late career pressures that the band were experiencing, not to mention the acid intake.

Thanks Pete (and Louise) for bringing to Buzzcocks fans such a valuable tome to add to the punk bookshelves! 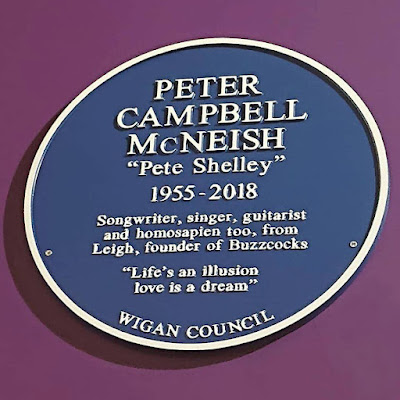 Email ThisBlogThis!Share to TwitterShare to FacebookShare to Pinterest
Labels: 2021, Buzzcocks