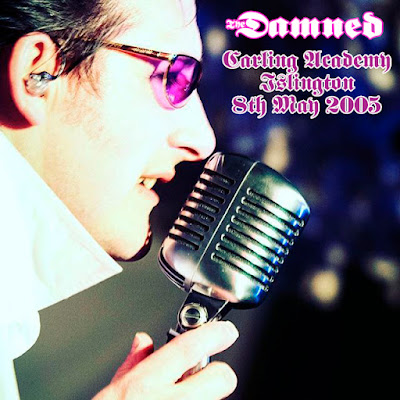 Another 2005 vintage gig, this time from The Damned. Listening to this again the other day I was surprised by a mystery track in the set…. a song called ‘Magic Potion’. Looking back over the collection it became apparent that this cover appeared in the band’s set for a while. An obscure British psychedelic rock band by the name of ‘The Open Mind’ released the original in August 1969. They weren’t overly prolific releasing one album under the name. I have always found that The Damned have long had the knack of dredging up obscure and not so obscure songs to cover that suit them so well, from White Rabbit to Eloise.

Email ThisBlogThis!Share to TwitterShare to FacebookShare to Pinterest
Labels: 2005, The Damned