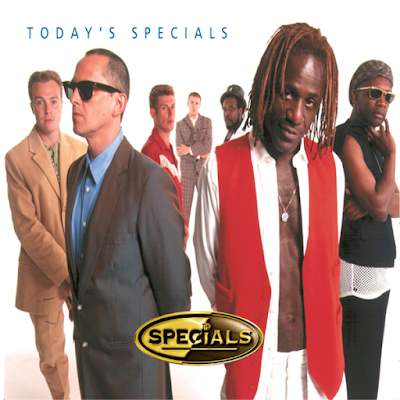 The Specials were back in 1995 with a band centered around a core of Neville, Horace and Roddy. I saw them at The Mean Fiddler in North London at the time. As I recall vocal duties were shared between Neville and Roddy. Whilst it was great to hear the early songs again and see those musicians performing together again, the project lacked an edge and Today's Specials were largely ignored and soon became yesterday's news.

Email ThisBlogThis!Share to TwitterShare to FacebookShare to Pinterest
Labels: 1995, The Specials