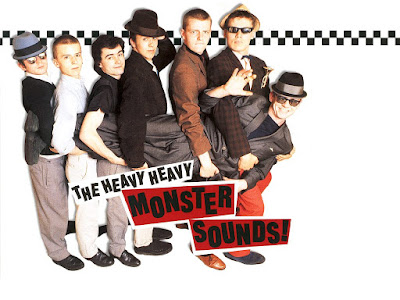 By far the most commercially successful, not to mention chart friendly band of the 2 Tone crop were Madness. Like The Beat, The Nutty Boys association with the label was short lived... just one single 'The Prince', but regardless they are forever associated with the 2 Tone movement.

Of the bands who appeared early on the label, Madness stood out as the only non multi racial group which stood them in line for criticism from certain quarters. The single that they did put out on 2 Tone is a perfect piece of pop that still features in their set today. As mentioned in the introduction the original incarnation of the band lost their way and parted company in the mid-80's. However, in 1992 they came back with a high profile 'Madstock' festival in London's Finsbury Park. Since then they have experienced some personnel changes but have continued to tour and release new music (which is of a very high standard and well worth hunting down).

Email ThisBlogThis!Share to TwitterShare to FacebookShare to Pinterest
Labels: 1981, Madness