The Selecter Minneapolis 8th May 1980 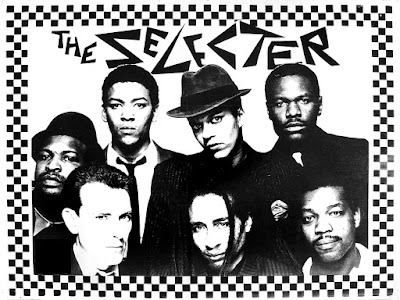 The Selecter were the second reason why the two colours of 2 Tone were firmly nailed to the Coventry mast. Indeed, their first song, the instrumental 'The Selecter' provided the flip to The Special A.K.A.'s 'Gangsters'. Splitting the first release on the fledgling label between the two local bands perhaps unwittingly (that is of course if Jerry Dammers did anything unwittingly) created the notion of a scene right from the off. 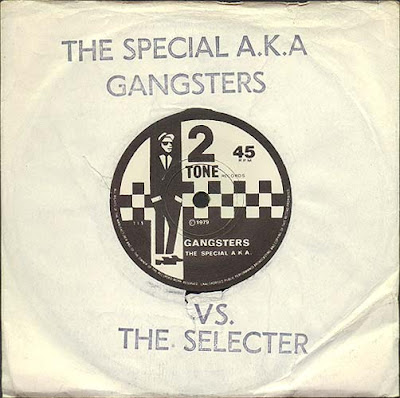 The initial hand printed pressing of 'Gangsters' b/w 'The Selecter'

The male musicians in the band were veterans of various soul bands that would play the Coventry club circuit whilst Pauline Black, originally from Romford in East London had studied at Lanchester Polytechnic (The Lanch, a building with strong connections to 2 Tone in its own right) and was working in Coventry as a radiologist at the point of the band's inception. In Pauline, 2 Tone gained female focus in what was originally a male dominated scene (at least until the Bodysnatchers turned up!)

They had some great songs, Three Minute Hero', 'Missing Words' etc which then, as now, were delivered with an incredible energy. The set below reflects the first album 'Too Much Pressure' which was followed in February 1981 by the darker 'Celebrate The Bullet', but the public appeared to just want more of the same and the album bombed commercially. The fact that the release of the title track as a single coincided with an assassination attempt that US President, Ronald Reagan, narrowly survived did nothing to boost album sales. The Selecter fell apart not too long afterwards.

Pauline continued to record and play with a variety of musicians under The Selecter banner throughout the 1990's. However, in 2010, a second original member, vocalist Arthur “Gaps” Hendrickson rejoined on a permanent basis which gave the band a new impetus. Since his return The Selecter have gone from strength to strength both on stage (playing large venues worldwide) and in the studio. 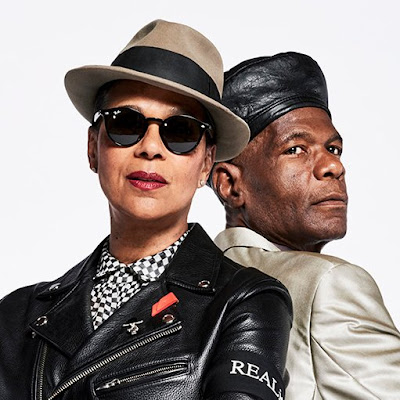 Email ThisBlogThis!Share to TwitterShare to FacebookShare to Pinterest
Labels: 1980, The Selecter