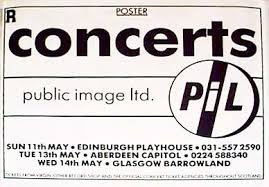 Having this week taken delivery of the rather special 'Album' Super Deluxe box set I was minded of this gig. The new box set contains a now official recording of the band at the Brixton Academy. This was an extremely ill-tempered gig which happened to be the first time that I saw PiL.

In my view Public Image Limited were at a second career peak at the time of this album and tour. The music was challenging and inventive, but the real difference came with his new band (essentially the band he has reformed PiL with now, less John McGeogh). Unlike the lackluster collection of session musicians that Lydon pulled together for the 1983 dates, the PiL of 1986 were cohesive and vibrant.

On the one hand Lydon was happy to deliver 'Pretty Vacant' to those that wanted it, whilst on the other he baffled the audience with inclusion of Kashmir by none other than...... Led Zepplin!

Here is an edited version of the Barrowlands gig (originally broadcast on Radio Clyde I believe).

Thanks to the sharer. 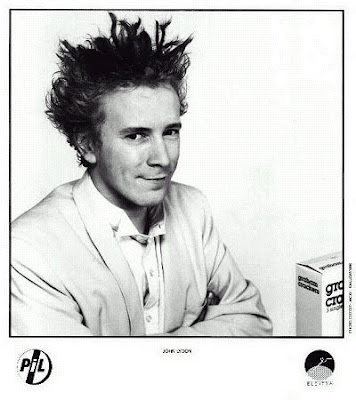 Email ThisBlogThis!Share to TwitterShare to FacebookShare to Pinterest
Labels: 1986, PIL