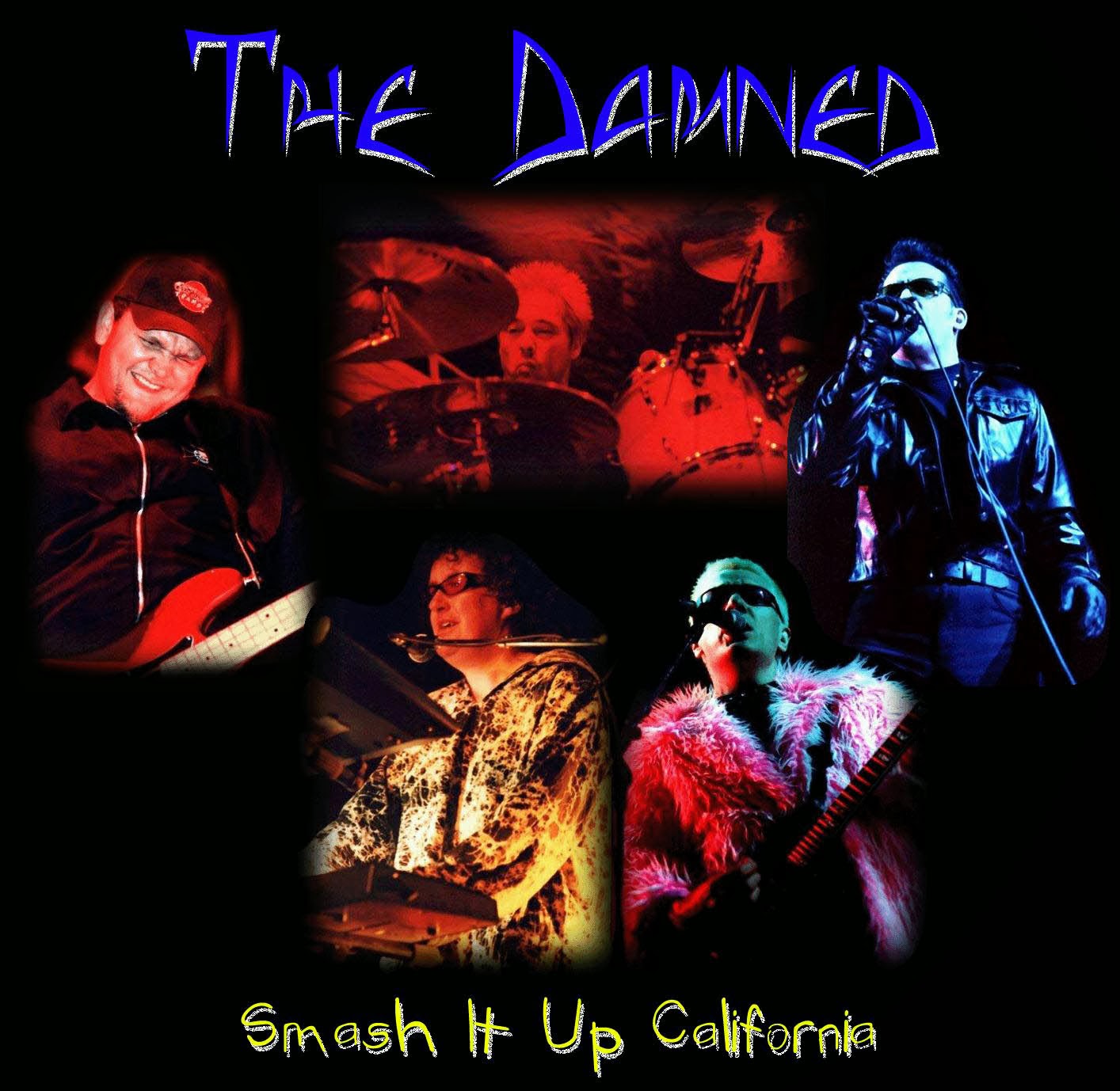 Here's a great sounding gig from 2002 when The Damned supported Rob Zombie on the 'Demon Speeding Tour'. The set is from the first album they recorded with Mr Sensible back in the fold, the rather magnificent 'Grave Disorder'.

The tour was ill-fated for the Damned who were to leave the tour after just a handful of dates. It was reported thus:

Punk band The Damned have decided to pull out of Rob Zombie's Demon Speeding Tour. Their last performance was on March 17 in San Jose, Calif. According to guitarist Captain Sensible, "Unfortunately, from the very first show it was apparent that The Damned's subtle blend of gothic punk was completely lost on the predominately metal crowds. Sorry to all our fans who bought tickets, but life's too short to spend two months in the back of a van when there's no point. We wish Rob, his band, and the excellent Sinisstar (decent chaps the lot of them!) all the best with the rest of the shows. We will however be coming back for the Warped Tour, which will be a lot more our cup of tea, I reckon." The band's Warped Tour dates run August 8-18 and are on the East Coast, with two shows in Canada.
The set list below contains an error in that 'Wait For The Blackout' is not played. 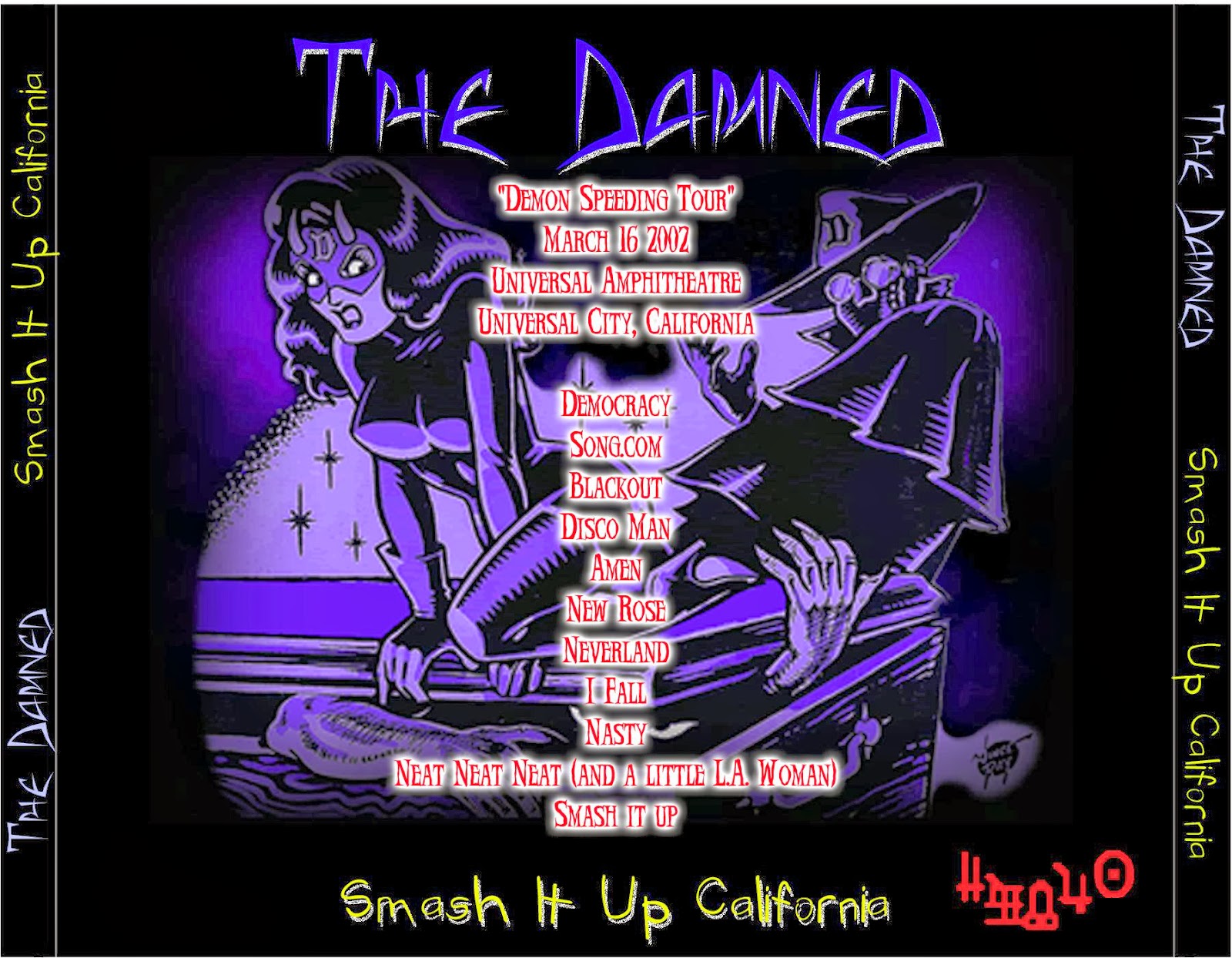 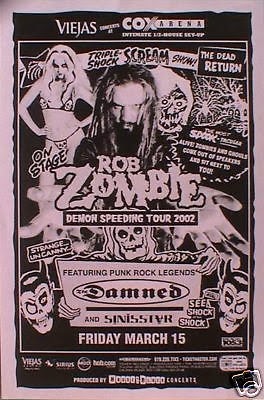 Tour poster from the previous night's gig in San Diego
Posted by Musky03 at 15:59

Email ThisBlogThis!Share to TwitterShare to FacebookShare to Pinterest
Labels: 2002, The Damned