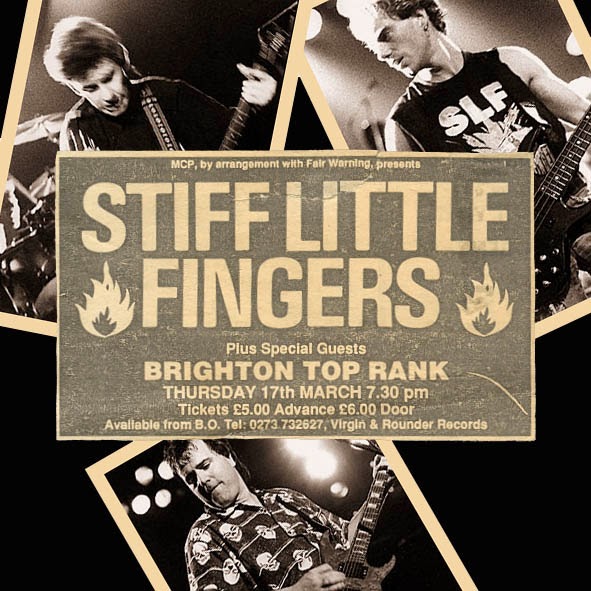 Having decided to 'Go For It Again' in December 1987 with a handful of dates culminating with a homecoming Belfast gig at the Ulster Hall, in early '88 they toured further afield.

The Top Rank was a good venue, a stone's throw from the front and nestling amongst some of Brighton's naff night clubs. I recall that after the gig, the area outside the venue, shared with just such a night club, the pavement resembled the aftermath of a battle with steaming punks lying all around. The disco kids had to pick their way through this human mess as they exited the nightclub.

Throughout the gig Jake had to chastise several members of the audience who persisted with the spitting thing.... all rather disgusting!

The date shown in the ad that appeared in the Evening Argus (Brighton's evening newspaper) is incorrect. The ticket (on the reverse of the artwork) carries the correct date of 21st March.