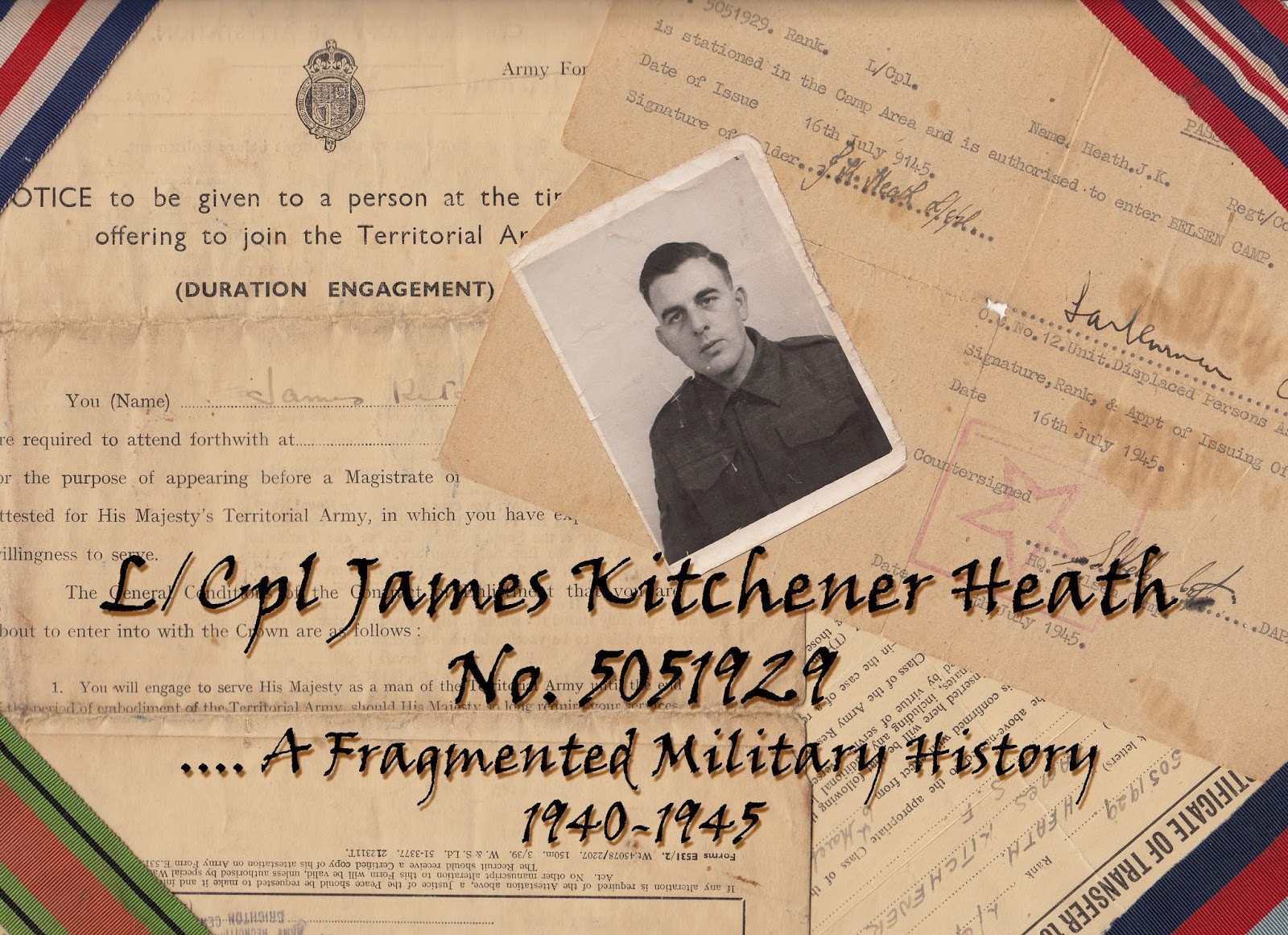 I have finally embarked on another on-line project, that I have been meaning to get around to for a number of years now. Admittedly, the new blog that I have created is rather personal, in that it concerns solely my late Grandfather's military history between 1940 and 1945 (more accurately 1946 by the time he was finally released to the Army Reserve). Constructed mainly for myself and members of my family, it may be of passing interest to anyone with a leaning towards personal military histories of another soldier of the Second Worlds War's 'P.B.I' (that is the Poor Bloody Infantry). It will not be an extensive site as his activities in the war years are not so well known and poorly documented as well, as suggested by the title of 'A Fragmented Military History'. It will though I hope shed a little more light on the life of an ordinary man who 'did his bit' when the country required it of him.

If you care to take a look, the link is here:

Email ThisBlogThis!Share to TwitterShare to FacebookShare to Pinterest
Labels: A Fragmented Military History 1940 to 1945, L/Cpl James Kitchener Heath No. 5051929