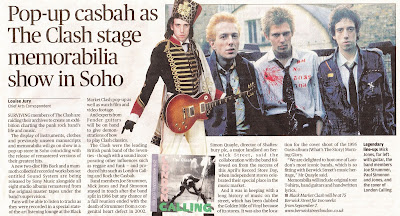 Mick Jones: 'It was Bernie's idea'
I spotted this in the Evening Standard a couple of weeks back. Soho will statge a pop-up exhibition of Clash memorabilia and stage clothing to coincide with the release of their remastered box set 'Sound System'. A question arose on the Burning Up Time forum whether something similar could be done for the Stranglers.
I think not, if any of their stage clothes survived (which is doubtful), they should probably be burned in the interest of public health and hygene! 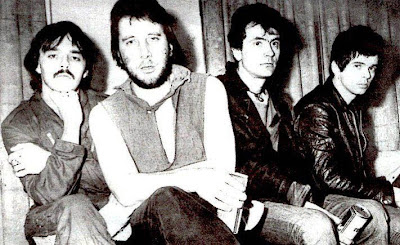 Email ThisBlogThis!Share to TwitterShare to FacebookShare to Pinterest
Labels: 2013, The Clash