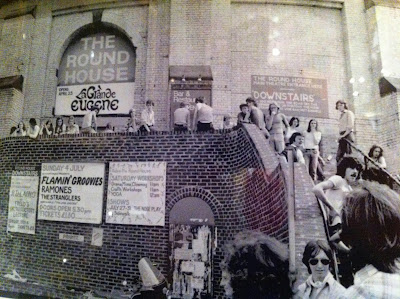 Punters at The Flamin' Groovies/Ramones/Stranglers gig of 4th July
(Fron The Ramones Museum, Berlin)
As part of the display covering The Ramones first visit to these shores in the summer of '76 was the above photograph that I had not seen before. 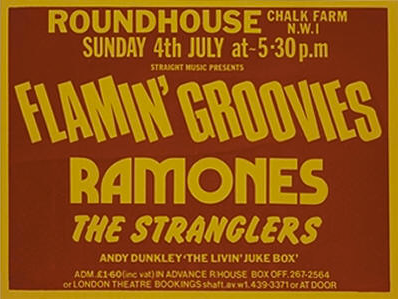 This was the weekend in which the rivalries between the prime movers and shakers of the burgeoning London punk scene boiled over in the heat of that sweltering summer (unfortunately at the time I was probably jumping through a garden sprinkler aged 7 and a half!). The Pistols, The Clash and The Stranglers came to blows after The Ramones played their second date the following night (5th) just down the road at Dingwalls.﻿
Posted by Musky03 at 16:57

Email ThisBlogThis!Share to TwitterShare to FacebookShare to Pinterest
Labels: 1976, The Stranglers. Ramones