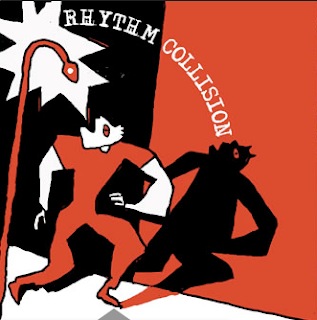 It's taken 30 years to follow up on the first collaboration with Mad Professor that went under the name of Rhythm Collision Volume 1 and it's more than worth the wait!

Now, here I have to be honest with you. What I know about dub reggae could be written on one side of a Rasta's Rizla, but that said, not being steeped in the genre at least made me listen to the Rhythm Collision Volume 2 sampler with zero preconceptions of what makes good dub.

What RC Vol 2 does do is to make me smile, very broadly.From the opening 'Technology' concerned with the bewildering advance of said technology to the closing 'Heavy Weight', as people appreciative of a heavy bass sound, Ruts DC bassist Segs delivers the goods. With Ruffy, the former Ruts rhythm section lay down a faultless foundation upon which the other musical elements on this sampler flourish. I may have it wrong, but I suspect that this is a fundamental facet of dub.

Of the five tracks appearing here, there is not a duff one amongst them. However, one track rises to the surface, even in the face of such stiff competition, 'Mighty Soldier'. Here Ruts DC have excelled and if the singles market meant anything anymore (which clearly it does not), this song would be a no-brainer candidate! A single or not, were this to receive sufficient radio play, it would be a hit. In a continuation of that Ruts spirit, the songs on RC Vol 2 are delivered in a very positive, upbeat way....

'One step backward, two steps forward
I gotta live this life in a positive way'

I'll go with that!

The CD can be purchased from the bands official site. where you can also hear the above mentioned 'Mighty Soldier' on RUTplayer.

In short, and without exaggeration, RC Vol 2 is the best new music that I have heard in the last 5 years at least.

Ruts DC are playing some of the scheduled punk festivals this year, but I hope to see them again in a small venue soon.
Posted by Musky03 at 21:12