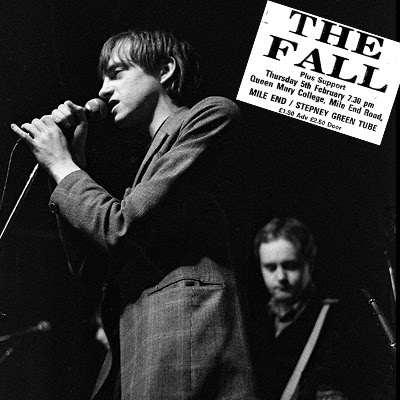 Mark E Smith! I am ashamed to say that in their long incarnation I never took the time to figure out what the fall were all about. My knowledge of their music was extremely limited. 'Psychomafia' and 'Industrial Estate' I had seen on a Tony Wilson 10th anniversary of punk TV compilation and I had the singles of two covers that the band did, 'There's a Ghost in my House' and 'Victoria'.... that was the extent of it. I saw them too at the Reading Festival in 1987, albeit briefly, and in truth it may have been Brix Smith rather than The Fall themselves that was the draw on that occasion.

When he died, several friends were devastated that this hard living musician had left the bar so to speak. With our daughter now living in Central Manchester, on one Saturday afternoon she took her folks into one of Mark's locals, where, sitting in the back room with a pint I could honestly believe that we had been transported back to the 1950's were it not for the sounds of The Fall being pumped out of the bar's speakers at considerable volume. The moment was quite profound for me as someone who had previously only visited the Manchester once in 2008 but who was now becoming a more frequent visitor and who was rapidly falling in love with the city. Over the past couple of years, to my appreciation of Manchester's impressive punk credentials, I have added it's stunning red brick architecture that crowed about the town's place within Empire, its pubs and its people. So I have started listening to The Fall.... and there is a hell of a lot of it to get through. 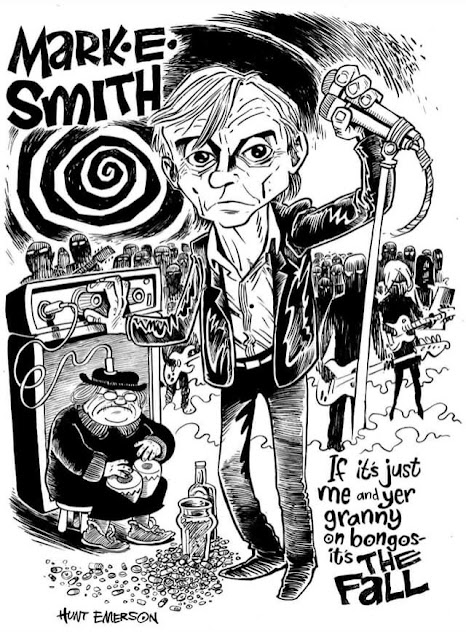 Email ThisBlogThis!Share to TwitterShare to FacebookShare to Pinterest
Labels: 1981, The Fall