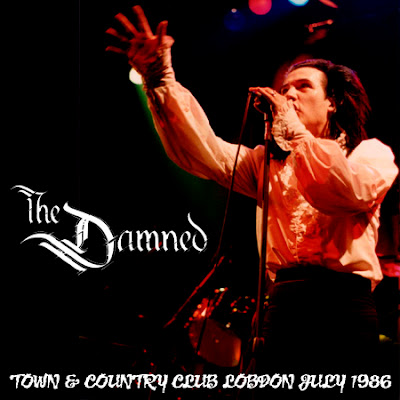 Here's one that I forgot that I had, put together many years ago. Back in the summer of '86, the band played two gigs in North London's Finsbury Park, the '10th Anniversary Tea Party'. However, earlier in the month they played another anniversary gig at the T&C in Kentish Town. The gig was filmed and an an edited version (presented here as audio) was broadcast on Whistle Test on the BBC. Around the same time another edited version, largely with different tracks was broadcast on BBC Radio. In combination the two broadcasts make for a good quality record of the night (or at least part of it!). With the duplicated 'Love Song' this represents more than half of the set played on the night. But what a set.... great to hear that material from 'Phantasmagoria' along with the mighty 'The Limit Club' for Malcolm. 'Anything' gets a first airing, a song so new that Dave Vanian has the lyrics on a crib sheet! 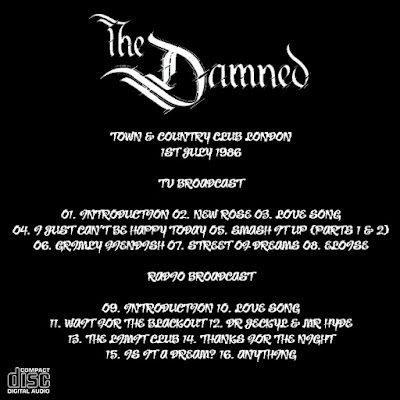 Email ThisBlogThis!Share to TwitterShare to FacebookShare to Pinterest
Labels: 1986, The Damned