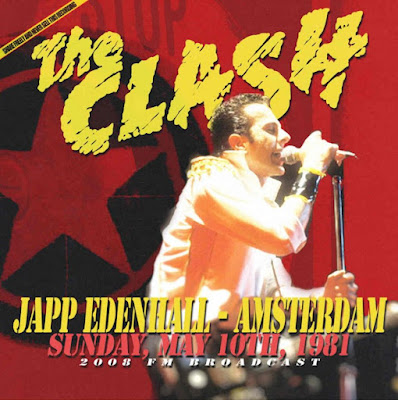 Well I mentioned The Clash so I may as well add them into this theme. This is an excellent remastering of a radio show that was rebroadcast in 2008. Many thanks to the original Dime uploader and to the person responsible for the remaster (see file notes for details). 'Sandinista!' had been released at the end of 1980 and The Clash took it on tour the following year. This is one of those shows. Say what you will of 'Sandinista!' and many do, but there is something brave about a 'punk' band going so against the grain and releasing a triple album. The Clash should be applauded for experimenting with the presentation of their music even if conceding that the album probably runs to two sides too many. The album does have some amazing tracks... 'Somebody Got Murdered' and 'Rebel Waltz' are two of my favourite songs by the band.

Email ThisBlogThis!Share to TwitterShare to FacebookShare to Pinterest
Labels: 1981, The Clash