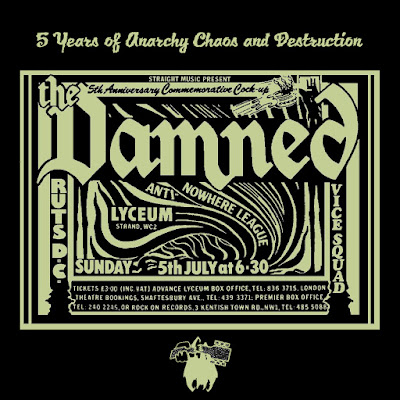 Thanks to the Second Time Around fansite for this anniversary gig. 39 years ago tonight and The Damned were marking the remarkable feat of being a band for five years. Strictly speaking this wasn't actually the case given the bands turbulent early years but you get the point. No members of the were anticipating such longevity given that the 'flash in the pan' punk fad was expected to last six months at best (and some say it did!). The fact that at a Damned gig today, you may well see T-shirts bearing the legend '40 years of Anarchy Chaos and Destruction' straining across the guts of aging punks is altogether another story!
Sound on this one is a little rough.... in keeping with the band, but it remains a classic gig from an irrepressible quartet!
Here's a review of the gig that appeared in the 25th July 1981 issue of Record Mirror. A favourable review although poor old Segs gets it in the neck again about his vocal abilities (always unfair I though even given the power of Malcolm's delivery). 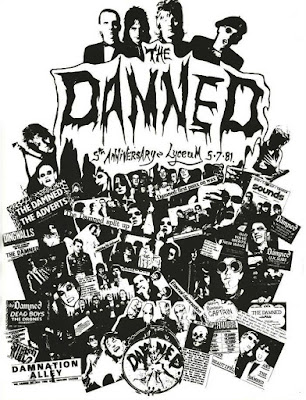 Email ThisBlogThis!Share to TwitterShare to FacebookShare to Pinterest
Labels: 1981, The Damned