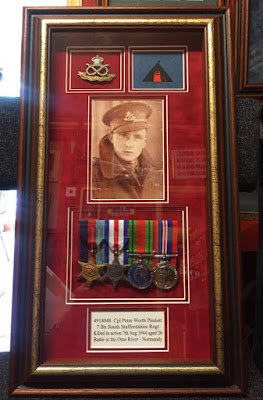 As ‘A Pithead Polar Bear’ was in its final stages of preparation, I received an email requesting some assistance in providing information about the South Staffordshire Regiments in Normandy. The email came from Paul Simpson MBE, a retired warrant officer, who is researching the service of his great uncle, Corporal Peter W. Pimlott of the 7th South Staffords. As this enquiry neatly coincided with a planned return to Normandy I said that if at all possible I would visit Corporal Pimlott’s plot in the Banneville-la-Campagne cemetery and lay a Royal British Legion cross.


Corporal Pimlott was killed in action with the 7th South Staffordshire Regiment on 7th August 1944 in the Grimbosq bridgehead established in order to allow the 59th (Staffordshire) Division to cross the River Orne. He survived just 41 days in Normandy.


Yesterday I received an email from Paul with a photograph of his great uncle’s mounted medals. 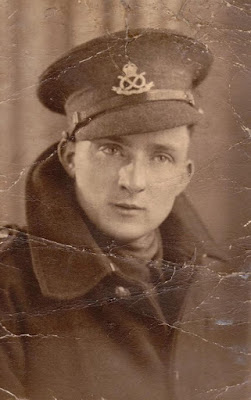 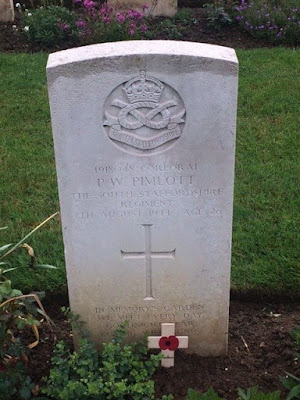