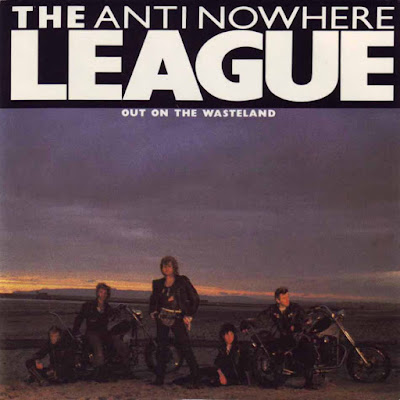 By 1984 punk was struggling, the anarcho scene lost its 'leaders'..... I know , I know, anarchists right, when Crass fulfilled their plan to disband in 1984. Street punks last roar, in the form of UK '82 had become rather out of date and in general the punk scene looked rather wan.

However, the bands were still gigging but another direction was called for. I remember being as jealous as hell when my mate Adam went to see The League in 1984. However, with the 'Out On The Wasteland' single of the time they were clearly looking to appeal to a more rock and power pop kind of audience.