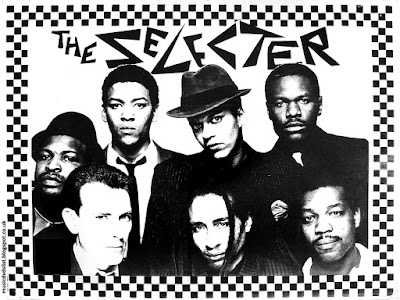 Here's a great quality radio set from The Selecter in Birmingham. Whilst the exact date is unknown, it does come from late in the year, featuring as it does quite a few numbers that went on to appear on the band's second album 'Celebrate The Bullet' which was released in February 1981.

Email ThisBlogThis!Share to TwitterShare to FacebookShare to Pinterest
Labels: 1980, The Selecter