The Brain of Farley Grange and Other Poems: A Collection of Humorous Verse for Children by Henry Lardings - A Shameless Book Plug 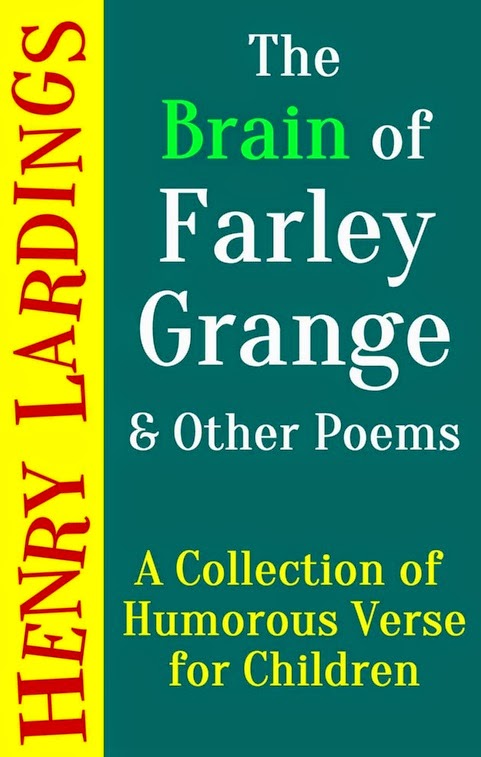 Apologies for this shameless plug of a book that has recently been brought to my attention. I was well acquainted with the author many years ago when he went by a different name. In fact we studied together in London as we tried to fathom the hidden secrets of blood spot distribution, scene of crime investigation techniques and semen detection. So keen we we in fact to harness this forensic knowledge that our studies were extended each evening, continuing in The Lyceum, The Anchor or The George (depending upon which side of the Thames we found our self on). With our studies successfully completed, thanks in a large part to the long hours extra 'study', we each took up careers that had sod all to do with the scientific detection of crime!

Now more than 20 years on he has produced a book of Children's verse which is really rather good. 'The Brain of Farley Grange and Other Poems: A Collection of Humorous Verse for Children' contains a couple of stories in verse and a handful of shorter poems. The title poem is subtitled 'A Cautionary Tale of Capitalism for Kids' and warns of the perils of greedy aspirations in a style reminiscent of Roald Dahl's 'Dirty Beasts'.

The book is available as a kindle ebook for the princely sum of 77 pence (of which a third of the profit will go to Médecins Sans Frontières) here:

The Brain of Farley Grange and Other Poems: A Collection of Humorous Verse for Children

Now, the demographic of people who visit this site tends towards the older end of the scale (aging punks basically) and have children or in some cases grandchildren, who I believe would very much appreciate the whimsical witterings of Henry Larding.
Posted by Musky03 at 08:50

Email ThisBlogThis!Share to TwitterShare to FacebookShare to Pinterest
Labels: 2014, Henry Lardings, The Brain of Farley Grange and Other Poems