The Rezillos at The Square Harlow 29th March 2014 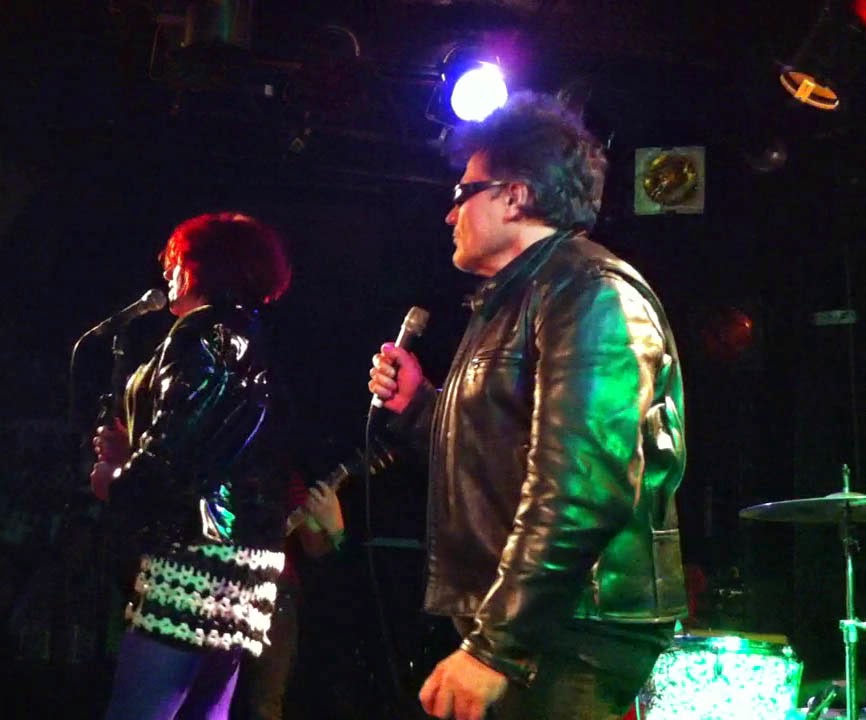 I was really looking forward to this gig and things boded well as Gunta and I had the opportunity to catch up with a couple of friends, Chris and Laura, in the downstairs bar before the gig.

With Jo Callis no longer with the band, I thought the guitarist did a good job, in fact the band were pretty tight all round. With a new single out and a new album in the offing, this was an opportunity for the Rezillos to mix it up a bit. This they did, but I found the new material to be somewhat weak, but then again that is in comparison to the songs on 'Can't Stand The Rezillos', one of the best pop punk albums of the late '70's and as such a tough achievement to match. Songs such as 'Life's A Bitch (And Then You Die)' lack the fun and wit of the earlier material. As for their cover of 'River Deep Mountain High'... well it's enough to say that I don't like the original.

Here's the recent single 'Out Of This World'


'Out Of This World'

But, of the classic material, it was delivered well. Songs like 'Top Of The Pops', a thinly veiled side swipe at the TV musical phenomenon that we all loved, but understood to be fake as hell.

The funniest thing about the song, is that when it did appear on the show, the presenter (Tony Blackburn as I recall) completely missed the point!! But then the Radio 1 DJ's that doubled as TV presenters on a Thursday evening were rather self absorbed with the dumb DJ celebrity thing.

Maybe I just caught them on a bad day, for sure The Square was pretty quiet this evening and that may have been the reason for the absence of an encore... did they return to the stage in other recent gigs?

Nevertheless, as I said, some of it was good indeed and here's a few of the oldies that I filmed.

Email ThisBlogThis!Share to TwitterShare to FacebookShare to Pinterest
Labels: 2014, The Rezillos