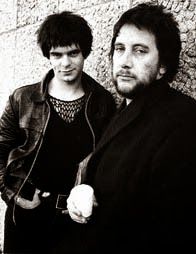 JJ and Jet contemplate their day in court (not to be the last!)
Brighton October 1977

On The No More Heroes tour, a misunderstanding between the Sussex Constabulary and JJ, Jet and Finchley Dennis after the band's gig at the Top Rank Suite in Queen's Road, Brighton, resulted in an overnight sojourn in Brighton nick.

Here's the report as it appeared in The New Musical Express the following week (5th November 1977). 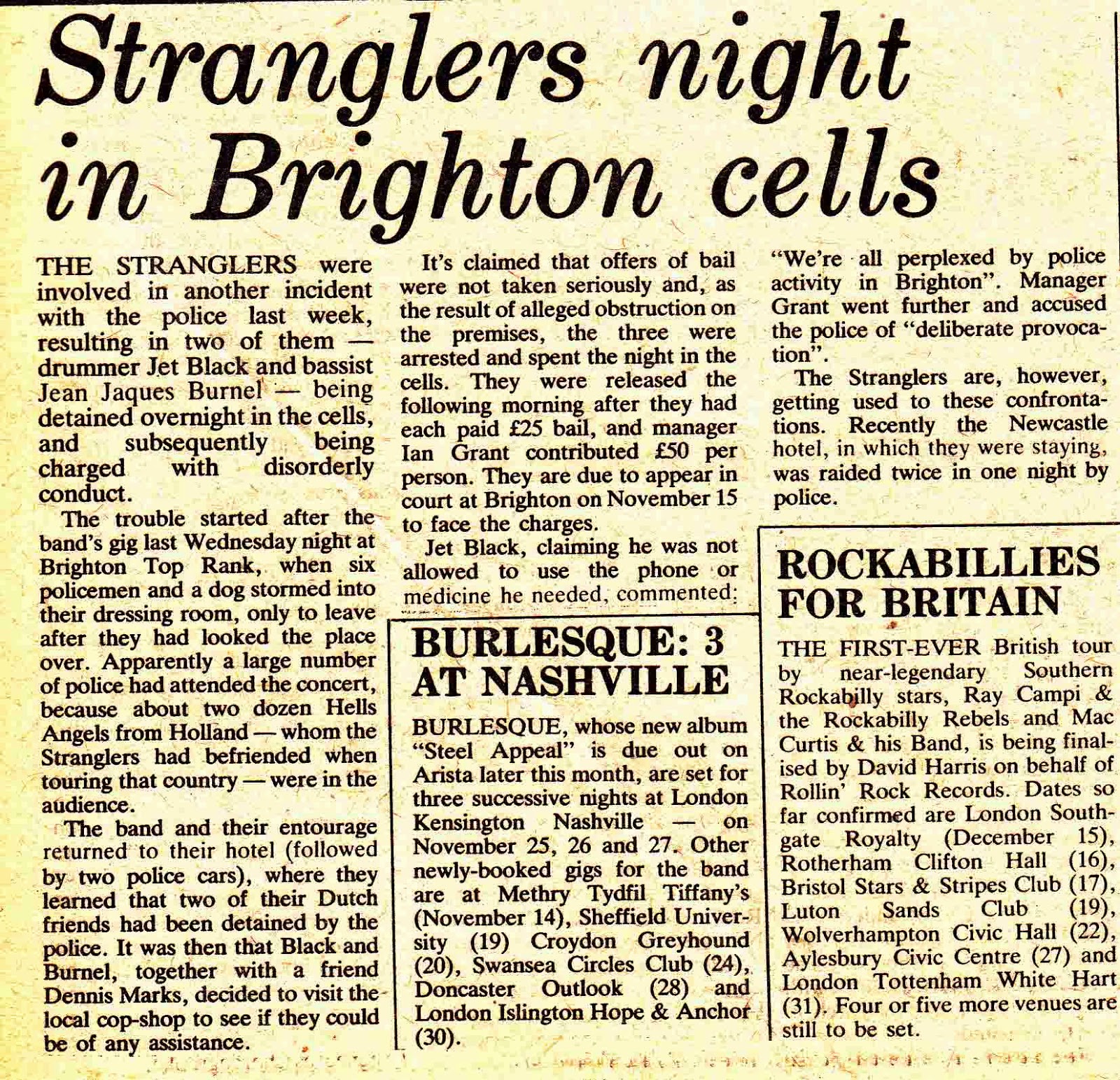