Here's an interesting recording that I have re-ripped from cassette today. At some point in 1986 JJ did a guest vocal appearance with Polish punk band Republika in Warsaw. Four early Stranglers songs were played (albeit not very well). Actually that may be a little unfair on the musicians as the worst performance was by the vocalist Mr B himself.

Listen to 'Hanging Around' and it is immediately evident that when he shared the stage with Hugh playing these same songs night after night he had not listened to the lyrics too closely! Nevertheless, it is an excellent recording from a 1st generation tape I got in a trade from Poland back in 1986.

Scouring the net for further information proved to be rather fruitless, but the audio of the same gig is on Youtube and with it appear the following stills which presumably were taken at the gig. 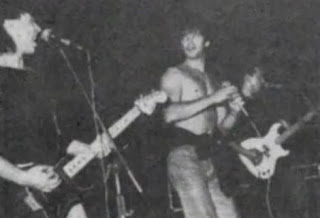 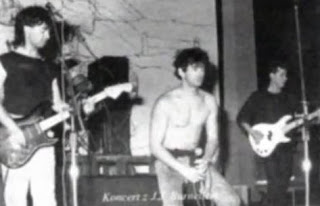 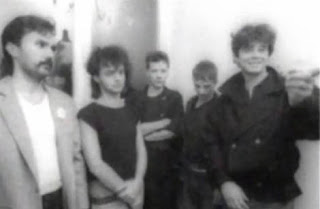 Anyone visiting from Poland who can shed more light on this event?