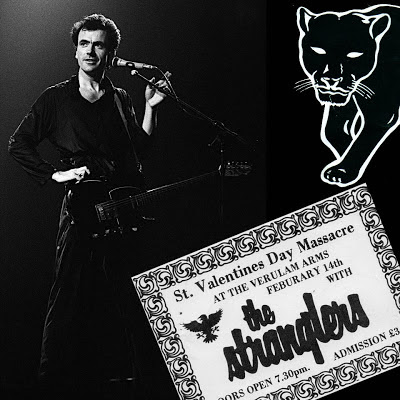 Here are a couple of links to a gig made available through the Burning Up Time Forum. An anniversary gig remastered by Dom P.

In Dom's own words:

'Here is a slight remaster of an old remaster... the famous Secret Gig at the Verulam Arms... I revisited these discs on the anniversary... and realised what a great gig it was, and also that my original mix lacked some bass welly.. so in celebration of the 30th Anniversay gone past, here it is again for all those who missed it, and anyone who is after the pursuit of sonic perfection, well kind of.... both MP3 and Hi res FLAC versions available!!!

CD1
1. Nuclear Device / Toiler On The Sea
2. Ships That Pass In The Night
3. It's A Small World
4. Just Like Nothing On Earth
5. No More Heroes
6. Who Wants The World?
7. Never Say Goodbye
8. Baroque Bordello
9. Golden Brown