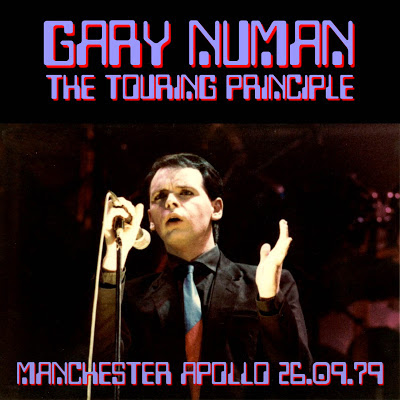 I kicked this off this 1979 thread with a post that stated that Tubeway Army's epic 'Are 'Friends' Electric?' was the primary catalyst for this 35 year obsession with music that shows no signs of abating. It is therefore only fitting that Mr Numan features in this run of 20 inspirational bands that were out there in 1979.

Gary Numan's rise to fame was meteoric. Having disbanded the punk incarnation of Tubeway Army the previous year after releasing only two singles and one (albeit excellent) album, Numan regrouped with new musicians with the aim of taking them along with him in a musical direction that was completely opposite to that in which he had travelled up to that point.

Flying in the face of standard punk rhetoric, Numan made no secret of the fact that the three chord approach of punk was a means to an end (that end for him at this point was to play the Hammersmith Odeon). His aspirations were for rock stardom on a scale that had been enjoyed in pre-punk Britain by the likes of Bowie and Bolan. This degree of honesty (in part a result of his asperges I am sure) set him on a collision course with the British music press and their low opinion of him and his music was cemented at a very early stage. That cement by the way did not start to crumble until the mid-90's when a new generation of music hacks saw fit to praise him for what he did in the '79 to '80 period.

Numan's new direction owed it's existence to a chance administrative error that meant a hired synthesiser was left uncollected in the recording studio. The standard issue instrument of punk, the electric guitar was, for some time at least, cast aside, as Gary worked on the creation of what he termed 'Machine Rock'.

Electronic music was not new or even unknown in the UK at this time. Other musicians, convinced that punk had run it's course and achieved all that was possible, gravitated towards electronics. The Human League, The Normal, OMD all pre-dated the electronic Numan. Moreover, Kraftwerk had been doing this kind of stuff at least 5 years before Numan's first flush of success. But in the UK at least, electronic music was very low key, until a combination of Gary Numan's powerhouse sound and striking visuals struck a chord.... or should that be pressed the button for kids eager for the next big thing. Tubeway Army/Gary Numan became a household name in a matter of weeks! 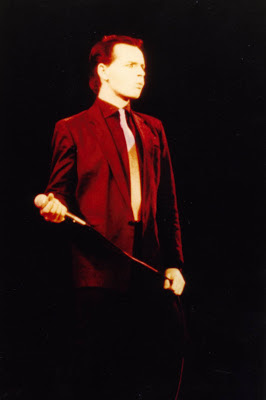 Numan's first nationwide tour opened at the Glasgow Apollo on 20th September 1979. The last time that Numan would have played to a paying audience would have been to a couple of hundred punks in the back room of a pub. This was a different prospect entirely. In a venue considered to be intimidating at the best of times, Gary's inexperience showed and stripped even of the protection afforded by his guitar for most of the set, his performance was described as wooden (a criticism that he freely acknowledges to be true). 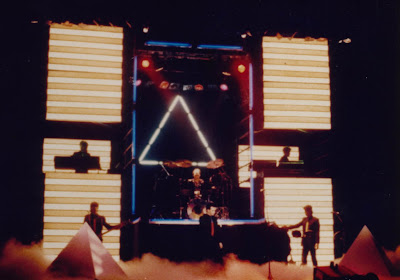 
'We Are So Fragile'
Hammersmith Odeon September 1979

Wooden or not, the shows that together made up 'The Touring Principle' dates were immense. The shows relied unsurprisingly on the two No 1 albums, 'Replicas' and 'The Pleasure Principle' with some reworkings of songs from the first Tubeway Army, such as 'Bombers' and 'My Shadow In Vain'.

This is a great recording from Manchester one week into that first tour. 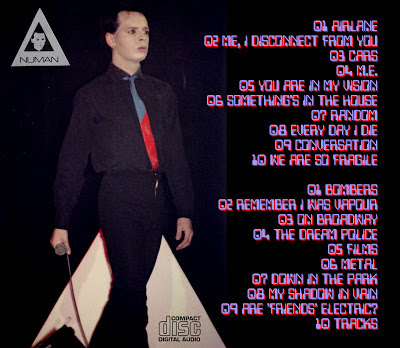