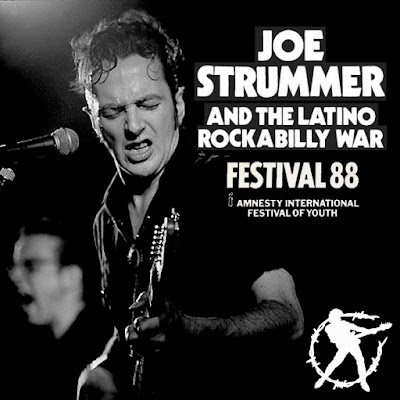 I meant to post this yesterday on its birthday... never mind eh?

The Amnesty Festival of Youth, a strange title to adopt... when you cast your eye over the line up. But what a weekend it was. Our first attempt to get to Milton Keynes was aborted when a mate's clapped out car clapped out about mid way between Burgess Hill and Milton Keynes, but get there we did all be it on the following day.

The Class of '77 were well represented on the bill with The Stranglers and The Damned headlining on the Saturday and Sunday respectively, Mr Strummer played a set on each of the two days and Mr Jones and Mr Letts were present with their Big Audio Dynamite set up. Unfortunately, unlike at Joe's last gig at Acton Town Hall, there was to be no Mick Jones joining his old comrade on stage to rattle off a few Clash tunes (I guess feelings may have still been a little raw... this was only 5 years after Mick had been booted out of the band). But Clash songs there were and since I never saw The Clash I consider myself lucky to have seen Joe perform those songs, not once but twice. 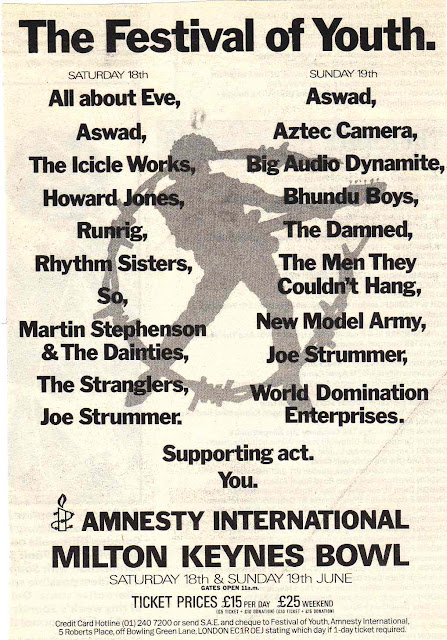 Email ThisBlogThis!Share to TwitterShare to FacebookShare to Pinterest
Labels: 1988, Joe Strummer, The Clash