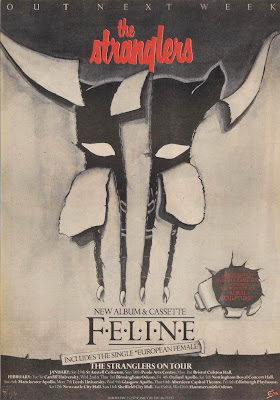 Ok, this is an anniversary recording (two days in advance for the pedantics ones among you). Actually, I was intending to post the first night of the tour that saw the band play Goldiggers in Chippenham (or plain 'Nam as my friend who lived down that way called it) on this day in 1983, but that recording has suffered like many of my others thanks to dodgy labels. Nevertheless, that recording can be found here:

For my part I give you this recording from Poole Arts Centre from 30th. Many years ago a portion of this gig was released as 'The Taming Of The Hugh' bootleg. 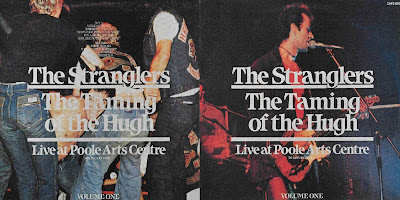 This however, is the full set and the quality is excellent. In fact, until such time when the record company venture into the vaults and dust off the tapes of some of the 'Feline' dates recorded on the Continent, this Poole recording is the definative live document from that tour.

1. Aural Sculpture Manifesto
2. Nuclear Device
3. Toiler On The Sea
4. It's A Small World
5. Ships That Pass In The Night
6. Just Like Nothing on Earth
7. No More Heroes
8. Who Wants The World
9. Never Say Goodbye
10. Baroque Bordello