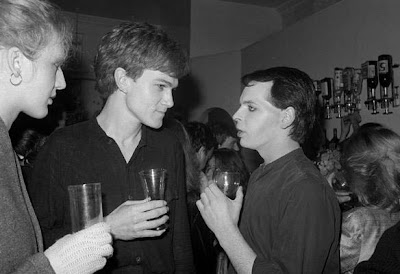 No apologies for another diversion from the punk rock dual carriageway with this, another example of how diverse the UK music scene had become in the aftermath of punk.

It is to be noted that Ultravox pre-dated punk by a couple of years, progressed through punk and came out the other side with a new sound that combined the guitar, drum and bass requirements of punk with synthesisers. In doing so, they lead the UK charge that took teenagers off on one of (there were many at this stage) the next musical directions.... electronica or futurism (remember the kids at school who called themselves 'Futurists'?..... I may have applied that label to myself at some point in time!). This electronica itself mutated and gave way to a much lighter-weight style of music that became 'new romantic'.... of which arguably a latter incarnation of Ultravox (in which singer John Foxx was replaced by musical chameleon, Midge Ure) formed a part.

So here are Ultravox, a great band with possibly the most pretentious lyrics in modern pop (it's a close run thing with Bauhaus!) 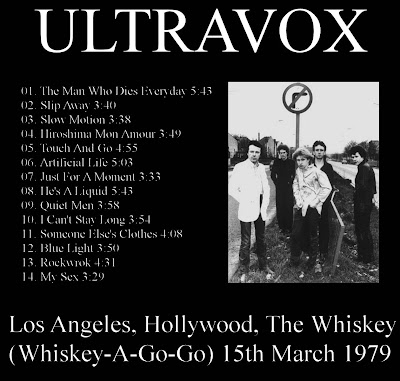 Email ThisBlogThis!Share to TwitterShare to FacebookShare to Pinterest
Labels: 1979, Ultravox