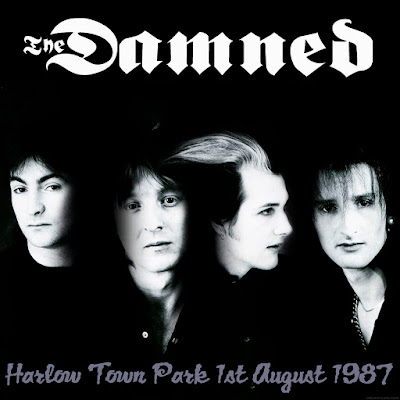 Back when The Damned were riding a wave of commercial success and mainstream appeal they played a free, open air gig in Harlow Town Park, Essex. Unfortunately, I wasn’t in the area for some years yet so I wasn’t there. Nevertheless, it was an interesting time to be a Damned fan. After several years in the wilderness, managerless and without a recording contract for a time, it came as something of a surprise I suspect to the band and fans alike that hey bounced back with an album that was a tour de force, ‘Phantasmagoria’. It was an album that dismissed all doubt (if any doubt remained by 1985) that The Damned were a group of highly accomplished musicians rather than that cartoon band of punk’s first wave. Dark and brooding, it was apparently a regular listen for JJ on the tour bus. One can only wonder what his thoughts were, having at around the same time produced ‘Aural Sculpture’, a rather patchy and lacklustre album when put head to head with ‘Phantasmagoria’.

The Damned capitalised on the album’s success with the release in early 1986 of a cover of Barry Ryan’s ‘Eloise’, a song that they made their own to the extent that Ryan went on record to say that he preferred it over his own version! It provided The Damned with their biggest hit to date. Later in the year the band’s seventh studio album was released. In a similar vein as its predecessor to my mind at least it lacks some of the intricacy and mood of ‘Phantasmagoria’. Having said that ‘Anything’ does feature some great tracks, ‘In Dulce Decorum’, ‘The Portrait’ and ‘The Girl Goes Down’. Once again, their choice of a cover was spot on with Love’s ‘Alone Again Or’. 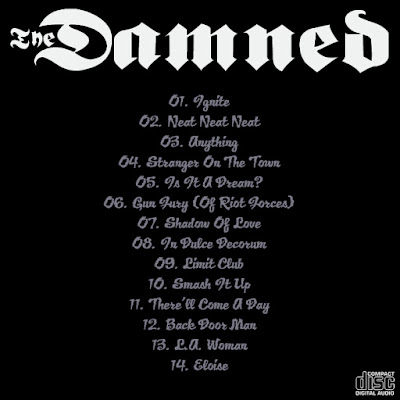 Email ThisBlogThis!Share to TwitterShare to FacebookShare to Pinterest
Labels: 1987, The Damned