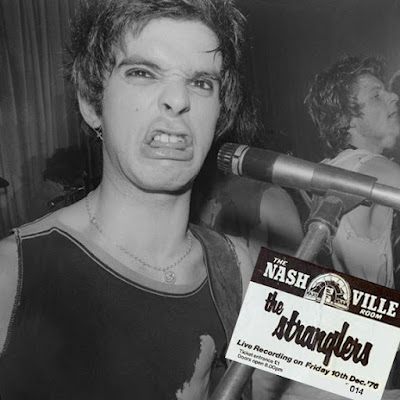 Every so often when it comes to live recordings of The Stranglers I get taken by surprise. I thought that I had a fairly good understanding of what was out there, especially in terms of the early live stuff, but it seems that this partial set from a very significant gig in the band's history has been in fans collection for some time. This version I am told surfaced on a French web site.

At the close of 1976, with the ink still wet on their newly signed United Artists contract (concluded four days before this gig) the band played the Nashville in West Kensington, a venue pivotal in the development of the punk scene as well as the pub rock scene that preceded it. On the night the services of Vic Maile and the Island mobile studio were secured as the band hoped to emulate the success of Dr Feelgood's 'Stupidity' album (a surprise No. 1 live album for the Canvey four-piece). In the event, the band were not happy with the results and did not believe that it was a good enough reflection of their live sound, so with the exception of one track 'Peasant in the Big Shitty' which featured in the free single given away with initial copies of 'Rattus' the performance of that night had yet to see the light of day.

The recording is listed on EMI's vault database, so one day it is hoped it will get the release that it deserves since whether the four musicians loved it at the time or not, the fact that such a professionally recorded gig exists from a time prior to any releases is hugely exiting!

It has always been strange to me that unlike The Pistols and The Clash, where early gigs are relatively abundant it is not really the case for The Stranglers for whom good quality material from the '76/'77 period is quite rare.

Thanks to the original uploader! 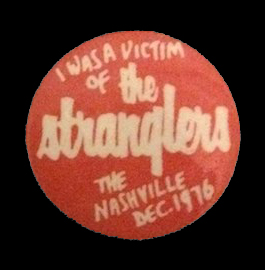 Email ThisBlogThis!Share to TwitterShare to FacebookShare to Pinterest
Labels: 1976, The Stranglers