A Rare 1977 Interview with JJ Burnel 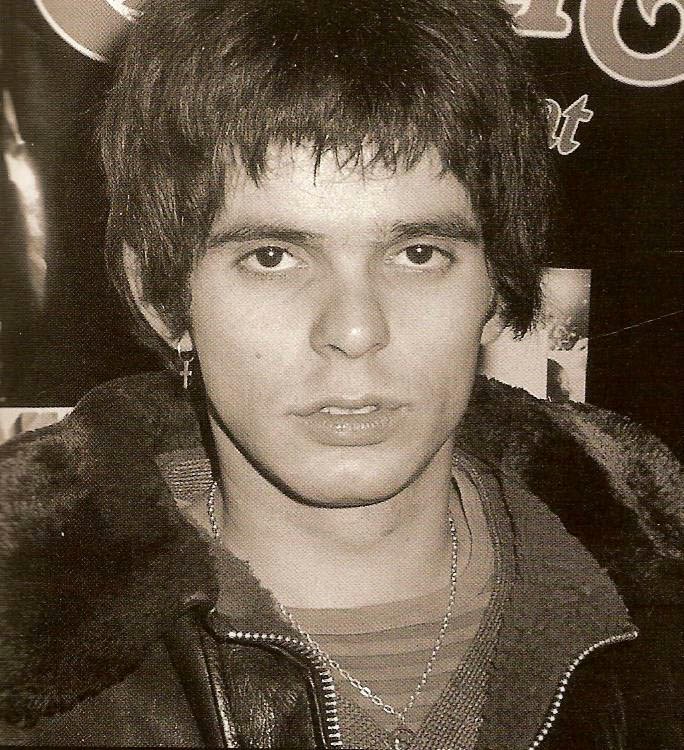 Here's a pretty rare early interview that JJ did with an unknown fanzine that was included in a 1977 book that compiled fanzine writings on each of the first wave of punk bands.

In this short interview, JJ speaks of The Sex Pistols, the origins of The Stranglers and shares his disdain for the treatment the band received when touring with Patti Smith.

Interview with Jean Jacques by Peekay.

Do you resent the Pistols for the reputation that they’ve given to the New Wave?

“No, I don’t resent them for the reputation that they’ve got. I just question their honesty and sincerity. The thing is, if you’re going to get involved in politics, which I am personally into, then you’ve got to be specific about your standpoint and you’ve got to live the part, you can’t be half hearted about it.”

“I’m not too hot on their music myself. I like the production of “Anarchy”, though. I also don’t like the way they pay lip-service to the American east coast bands like The Stooges and The New York Dolls; I don’t rate that scene much. I don’t think it’s valid.”

“The Pistols call Led Zeppelin boring old farts, but they (Zep) haven’t been going as long as The Stooges, who were ten years back. Your statement’s gotta be true without flaws. There’s been a lot of hype about how they don’t smoke dope; they do, I can tell you they do. It’s crazy ‘cos people will always find the truth out in the end, they will see the hype for what it is. People will see through attempts at being sincere. The publicity that the Pistols have got themselves is worth a lot of records.”

How did you meet the other guys in the band?

“It’s a long story. I was living in Guilford at the time, doing a van driving job. I was coming back from karate one night, in Kingston, and I met this American greaser. He happened to be lead singer for a group called Johnny Sox, which comprised of this American drummer and an English guitarist. The Americans were draft-dodgers who came over from Sweden. The English bloke was a bio-chemist. A lab assistant. The Swede was just some guy from Sweden. Hugh was the English guitarist. A few weeks later I met Hugh in a pub. He was getting out of his head and was moaning about the fact that everyone had left him and gone back to Sweden. So Hugh was by himself and he met this drummer called Jet Black who was a real freak, he had peroxide blonde hair and these really weird flannel drainpipes that came three inches above his ankle.”

“At the time he was in charge of this Off-licence shop. By the time he met up with Hugh and I, ‘cos by then we were already thinking about two and three minute songs, Jet was letting drink and the business mix. He was getting pretty drunk. One day the bailiff/people from the brewery came around and chucked him out. He was more concerned with us than with the shop. Then Hugh and I dyed our hair green and red, just for the hell of it. Then we met up with Dave Greenfield. We had previously auditioned for a keyboard player, but they were all on ego trips, doing solos a la Rick Wakeman and all that shit. Dave was just right. He was psychedelic like us, experimenting with cosmic matters, man (laugh, laugh).

What were your influences? Did you listen to The Doors a lot?

“I reckon that they were about the only rock band I ever listened to, there wasn’t much else.”

What sort of trouble, if any, have you had at London gigs?

“Well, we got banned at Dingwalls and we were told that they received 53 letters of complaint. That night in particular we were over the top. We smashed the support band’s equipment up. Their gear was brand new this, brand new that. They were all guys with long hair, playing new synthesizers and new gibsons. We had only a 200 watt P.A. In those days we used to spit at the audience quite a bit, this was about a year ago. The thing is, just because you’re not known, people don’t want to even listen to you. They don’t believe you’ve got anything to say, unless you’ve gone through the normal hype channels.” 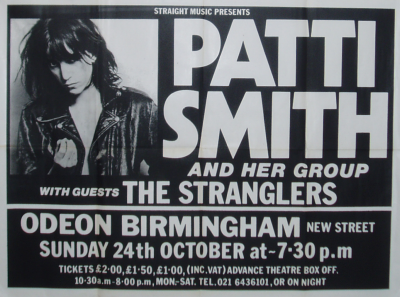 “Out of five gigs with her, she only let us have one soundcheck, subsequently we only had one good gig. She was two hours late for the Birmingham concert, so we walked off stage after three numbers. I had one hastle with her, I went up to complain about the sound situation. I said “Look, you better have your soundcheck , ‘cause we’re gonna have ours.” She said “Oh no you’re not. The people don’t come to see you, they come to see me.” That’s fair enough but I just didn’t rate the attitude. I thought it was anything but a street-level attitude. I don’t like many of the other American new-wave bands, though. To me the American scene is pretty irrelevant. British journalists have got this terrible disease of paying lip-service to the Americans. . They think that everything British has got to be second rate. The American writers think the other way. It’s a disappointment, objectively speaking, because our bands can so often outplay the Americans and we’ve got much more energy and drive.”

What is that lyric on London Ladies (sic) about a plastic straw that everybody’s asking about?

“That’s PLASTIC’S REAL WHEN YOU’RE REAL SICK. (Oh shit, I wasn’t supposed to give that away). A lot of people ask that  question and I usually tell them where to put it as well. It’s about the time a year ago when lots of so-called new wavers were wearing plastic and that to me is pretty sick because plastic symbolises the whole industrial mess because industry is totally fuel orientated, that’s the crux of a lot of our problems – oil. The word plastic has come to mean many different things like: ‘unreal’. Like if I started wearing plastic, I’d feel like I was real sick.”