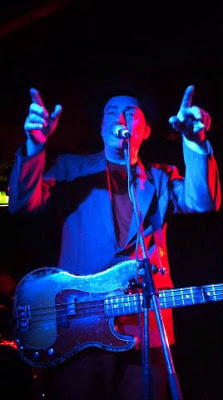 A fortuitous outbreak of the Ranavirus meant that amphibians in the UK were laid low meaning that the anticipated eleventh hour plague of frogs didn't happen.... Ruts DC were in the building and to all intents and purposes it looked as though this, the first London date of 2013, would actually go ahead!!

Six o'clock saw Gunta and I sitting in the World's End pub, enduring an onslaught of grindcore (or whatever genre of metal it is) whilst awaiting the arrival of the Uxbridge Contingent. Eventually all were gathered inside the venue in time to see the second support, the excellent Dirty Revolution.


Dirty Revolution - 'I Love Reggae'
Rebellion Festival 2011
Great band and a very good fit with Ruts DC.
And then they were on, starting the evening's proceedings with DC material testing out the audience. No worries here though, I don't think many of the audience were unfamiliar with Segs and Ruffy's post Ruts songs so no bewildered faces tonight. In fact the structure of the set is spot on, meaning that everyone gets what they want at the right time. 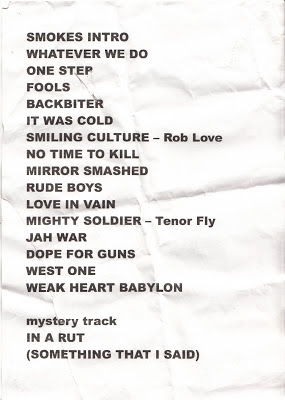 And then there's the bang up to date stuff from the new album 'Rhythm Collision Volume 2'. Segs and Ruffy had been suggesting throughout the tour that for the London date they were hoping to get some of the other musicians that played on RCII up on stage with them and so it was that Alabama 3's Rob Love did the vocal honours on 'Smiling Culture', whilst Tenor Fly took my personal favourite from the album 'Mighty Soldier' to another dimension!
There was one further treat in store in the form of the mystery track, as billed on the set list, that was none other than 'Generations', a track penned jointly by Segs and a bloke called Strummer or something.
I didn't film much of this gig, in fact one track only, which I hadn't got from any of the other gigs. Take a look at 'Mirror Smashed'. It can be found in the bar on the right (since for some reason, youtube is running me a merry dance and I cannot add it in the normal way!) 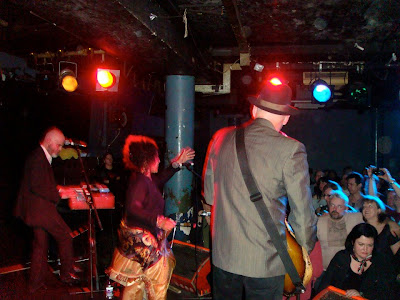