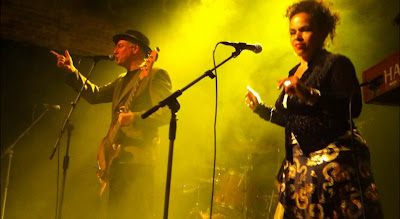 Well this one was unplanned, but when Andy P suggested the trip, I didn't need too much persuading. This was to be another first, a gig in Southampton. In fact I have only ever been to the city once before at the age of about 14 when I accompanied my next door neighbour to The Dell where he was having trials.

Having worked all day, this was a bit of a rush as from checking in at the hotel to gig time was relatively short. Nevertheless, we again had a chance to chat to Segs and Ruffy for 30 minutes or so whilst the support did their set. There always seem to be interesting faces cropping up their gigs and this time around it was Chris Bolton (one time Misty In Roots manager and founder of People Unite, the label responsible for putting out the band's debut single 'In A Rut', prior to them signing to V*?!n). 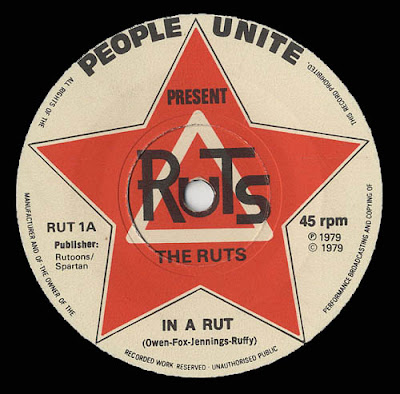 The rhythm section were particularly exited to receive news of Clarence Baker (another former Misty manager and the man on the receiving end of an SPG baton as related in 'Jah War') to whom Chris Bolton had been speaking the day before from Clarence's home in Grenada. On a personal note, it transpired that Chris and I had lived in the same road, Park Avenue in Southall.

The Brook is a great little venue, albeit with an inexplicably high stage and I reckon that come the time for Ruts DC to come on the audience numbered about 130. Whilst the audience were quite low in number, they were receptive and responsive to all of the songs the band played, both new and old. There is always a danger when they play that sections of the audience who have paid their money to hear 'Staring At The Rude Boys' and 'Babylon's Burning' are left bemused by the reggae/dub material that came after 1979.

I took the opportunity to take advantage of the high stage to get some heads clear footage and I filmed a total of eight songs. The banter on the evening was great and a highlight for me was the introduction into the set of 'Something That I Said', not least because it was dedicated to Andy and Adrian! On that one, I have to say all credit to Leigh, who pulled off the guitar part with great aplomb. Surely Foxy must have been 'speeding like a jet' when he put that together!

I also had the opportunity to get my hands on the full version of Rhythm Collision Volume 2 (a couple of weeks ahead of its official launch). I will write more on the album when I have had a proper chance to listen to it.

So here's some footage. If you like what you see, get yourselves down to The Underworld in Camden on 10th May for a home town gig that promises to be something special indeed.