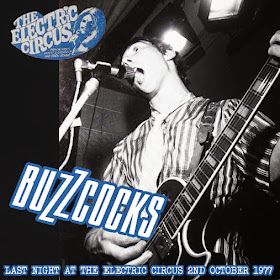 Here's one from the archives of Dave Sez. In the autumn of 1977, The Electric Circus in Manchester closed it's doors. The venue, which as well as boasting the vilest wallpaper ever produced, played host to all of the major British punk bands of '76/'77 (and some American ones as well). 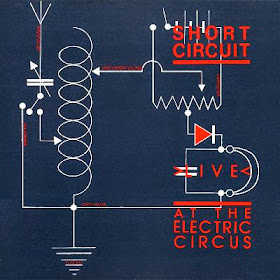 The final two gigs on 1st and 2nd October 1977 were recorded and a cuts from the bands that played over the two nights were released on a 10" album that went by the name of 'Short Circuit'. The album documents nicely the Manchester punk scene, featuring as it does, Buzzcocks, The Fall, The Drones, the mighty John Copper Clarke and a nascent Joy Division. Of the Buzzcocks set, 'Times Up' was featured. Here now is the full set from the closing night (2nd).

Thanks also to the original uploader. 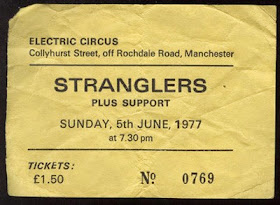